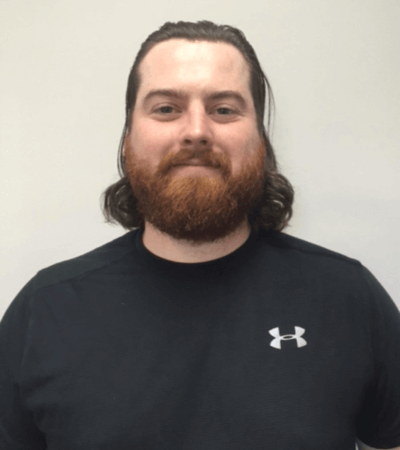 Chris Kelly is a Certified Athletic Therapist and Personal Trainer from Burlington, Ontario. Chris specializes in athletic injuries as well as return to sport and activity rehabilitation, and high performance training. Chris’ education includes earning both his Specialized Honours Bachelor of Arts in Kinesiology and Health Sciences, and Athletic Therapy Certificate from York University in Toronto. Since then he has continued his education by taking several courses and workshops including:

Chris has previously worked for York University as the Head Therapist for the University Football Team as well as a clinical supervisor, and George Brown College in both Assistant and Athletic Therapy Coordinator roles. He has been the Head Athletic Therapist for the Ontario Blues Senior Men’s Rugby Team since 2012, and spent a couple of those years also overseeing the under 19 Men’s division. He has also previously spent two seasons with the Burlington Cougars Junior A Hockey Club and a brief stint with the Aurora Tigers Junior A Hockey Club during their 2016 playoff push. In his spare time, Chris acts as the Head Coach of the Burlington Centaurs Rugby Football Club’s Senior Men’s Division where he oversees three Men’s teams as an NCCP Trained Rugby Coach, transitioning after fifteen years as a player including representing local, regional, and provincial rugby teams.